ABRIEL BRUNETEAU, AUTHOR OF AN ANNOUNCED SUCCESS
The history of Vineyards Gabriel & Co opens with a man and an Estate: in 1904.

In the vineyard and in the city, Gabriel Bruneteau is guided by his passion for wine but also for people. He is elected Mayor of the village of Saint Aubin de Blaye and created a Trading company, preamble of “Vignobles Gabriel & Co.”. The impulse has been given!

DOMAINE DU GRAND MOULIN, WITNESS OF A DECISIVE TRANSITION
In the years following his passing, polyculture took precedence over vine-growing activity: Domaine du Grand Moulin took a different direction than Gabriel’s and turned towards cereal production and livestock farming. If the vine remains, it changes and is reduced to be planted only in Ugni Blanc, a vine known to produce dry white wines and Cognac.

JEAN FRANÇOIS RÉAUD: ENGINE OF A NEW BORN PASSION
In 1985, the inheritance is assured, thanks to Jean-François Réaud. The great-great-grandson of Gabriel Bruneteau recovers that year the seven hectares of vines remaining (15,50 acres).Then, he began a tremendous job by perpetuating his family legacy, by restructuring the vineyard, which will be expanded, diversified and modernized.

The Estate was named Château Le Grand Moulin, reaching aa area of 25 hectares (55 acres) at the end of the 90’s. Tirelessly, Jean-François Réaud also became the owner of the Château Les Aubiers, 100% certified organic, at the same time.

Faced with a growing demand from consumers, he decided to go further by creating a partnership to facilitate the distribution and added value for his wines from the “Rive Droite” (the Right Bank).

It gathers around him some neighboring Estates, convinced them for the benefits of an “inter-aid” vineyard in order to increase the influence of their wines. “Vignobles Gabriel & Co” was born, the emergence of a new Estate’s family members and the consecration of what Gabriel Bruneteau had undertaken. The circle is completed!

Another Approach of the Negoce Business – FAITH AS A VALUE
“Vignobles Gabriel & Co” moves away from the traditional trading system in order to favor commitment, loyalty & integrity. Convinced that cooperation and a free open business approach are a much better guarantee of quality, consistency & prices, in order to avoid those huge fluctuations by the Negoce companies.

“Vignobles Gabriel & Co” has grown from 4 to 20 winemakers and harvesting partners.

Linked by a Sourcing Contract including either their total or partial grapes production, these members are working together in a friendly and collaborative way.

In 2015, Jean-François Réaud has acquired the terrific Château Haut Sociondo, considered as the “Jewels” of Blaye!….this Chateau, obviously has become a partner for “Vignobles Gabriel & Co.”

QUALITY AS A GUARANTEE
As a backdrop to this collective & team work, the vineyard’s partners undertake to respect a “Chart of Good Behavior”

“Vignobles Gabriel & Co” Chart is the result of a common thoughtful process. It establishes rules to follow and ensures personalized support for the upkeep of the vines until the winemaking process.

In this way, the vinegrower’s members undertake to meet a quality requirement, which is inevitably reflected in a particular attention to the environmental footprint and concrete measures accordingly.

For Jean-François Réaud and all his partners, this Chart marks with a white stone their ongoing adaptation to any today or tomorrow challenges.

Beyond the dedicated hard work from these men and women, “Vignobles Gabriel & Co.” is a strong believer in the richness & diversified Terroir. This philosophy is proudly supported by most Estate’s partners, who are cultivating their vines through sustainable, organic or even biodynamic farming. This shows their dedication to a reliable Commitment in order to enhance their loyal relationship from vine growers to the final wine consumers!

RIGHT BANK AS A PRIDE
“Vignobles Gabriel & Co.” manages directly its whole Sales; Marketing & Distribution network, in order to control exclusivity for each chateau in each market.
“Vignobles Gabriel & Co” has set a full production line, including its own bottling line & packaging. The Company has been rewarded with International certifications such as IFS and BRC, which guarantees strict procedures, in order to increase its reliability, reactivity and quality of Service.

Founded in 2009, the Appellation “Côtes de Bordeaux” includes some specific historical vineyards from the Right Bank, which includes a diversity of Terroirs.

Map of the region 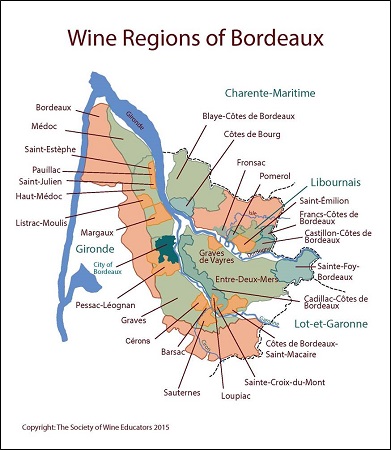 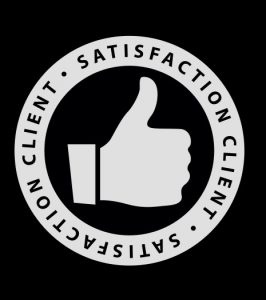